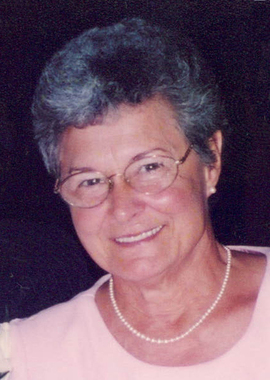 Back to Alice V.'s story

Alice V. Calhoun Jones, 84, of Bethany, passed away 2:05 p.m. Wednesday, January 8, 2020 in St. Mary's Hospital, Decatur.
Celebration of Life services will be 11:00 a.m. Monday at the Faith Lutheran Church, Sullivan, with Pastor Glenn Strohschein officiating assisted by Jerry Jones. Burial will be in Marrowbone Twp. Cemetery, Bethany. Visitation will be from 1:00 - 3:00 p.m. Sunday at the Reed Funeral Home and one hour before the services Monday at the church. Memorials are suggested to the Faith Lutheran Church, Sullivan.
Online condolences may be sent to the family at reedfuneralhome.net
Mrs. Jones was born September 9, 1935 in Altamont, IL, the daughter of Edward Wilhelm and Edna Anna Koss Campe. Alice was a homemaker. She was a member of the Sullivan Faith Lutheran Church, where she was involved in the Ladies Friendship Guild. She also attended the First General Baptist Church in Decatur. Alice married John W. Calhoun on March 3, 1954 at Altamont, and he preceded her in death on August 7, 2001. She married Vernie Jones on May 15, 2004 at Decatur, and he preceded her in death on July 1, 2019.
Survivors include her sons Rick Calhoun of Decatur, Monte Calhoun of Decatur, James (Kona) Jones of Argenta and Jerry (LaWanda) Jones of Qingdao, China; daughters Donna Gerber of Lewisville, TX, Leann (Randy) Tolan of Springfield, IL, and Joanna (Tom) Price of Hendersonville, TN; twenty-one grandchildren and thirty-six great-grandchildren; sisters Esther Magnus of St. Peter, IL, Lorene Schroeder of Altamont, Belva Shafer of St. Peter, IL, and Norma Campe of Altamont.
She was preceded in death by her parents, two husbands, daughter Teri Calhoun, great- granddaughter Karis Glass, brothers Harold, Delbert and Eldon Campe.
Published on January 14, 2020
To plant a tree in memory of Alice V. Calhoun Jones, please visit Tribute Store.

Plant a tree in memory
of Alice V.

A place to share condolences and memories.
The guestbook expires on April 13, 2020.