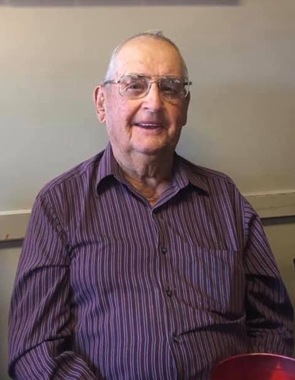 Back to Don's story

Don E. Clark, 90, of Jewett, IL passed away at 9:43 pm on February 1, 2020 at Heartland Senior Living in Neoga.
Celebration of Christian Mass will be at 10:00 am on Saturday February 8, 2020 at St. Rose of Lima Catholic Church in Montrose with one-hour visitation before services at the church. Visitation will be from 5:00 to 7:00 pm on Friday evening at the Barkley Funeral Chapel in Greenup, IL. Burial with Military Rites conducted by Cumberland County Veterans will be in the St. Rose Catholic Cemetery in Montrose, IL.
Don was born in Jewett, IL on July 25, 1929 the son of Hugh & Fern (Anderson) Clark. He married Ellen Grissom on February 20, 1954 in Toledo. Surviving is his wife; children Mary Lou (Bill) Markwell of Jewett, Whitney (Johnna) Clark of Jewett and Eric (Maria) Clark of San Quirino, Italy; grandchildren Aaron Markwell, Adam Markwell, Ryan Markwell, Darcy Bone, Jennifer Fitch, Seth Clark, Sam Clark, Alexia Clark and Dylan Clark; great grandchildren Carson, Carter and Evan Markwell, Briggs Markwell, Paisley, Adlee and Wade Bone, Eden and Blythe Fitch, Harrison and Rowan Nepute. Don was preceded in death by his parents; brothers Max and Charles Clark; Sisters Vera Kibler and Maxine Holsapple.
Don was a lifelong farmer and after he retired from farming, he worked at Effingham High School for the maintenance department for about 15 years. Don served in the Army during the Korean War from 1951 to 53. He was a member of the St. Rose of Lima Catholic Church in Montrose, IL. Memorials can be made to either Lincolnland Hospice or Heartland Senior Living in Neoga, IL.

Online condolences can be expressed at www.barkleyfuneralchapels.com
Published on February 4, 2020
To plant a tree in memory of Don E Clark, please visit Tribute Store.

Plant a tree in memory
of Don

A place to share condolences and memories.
The guestbook expires on May 04, 2020. 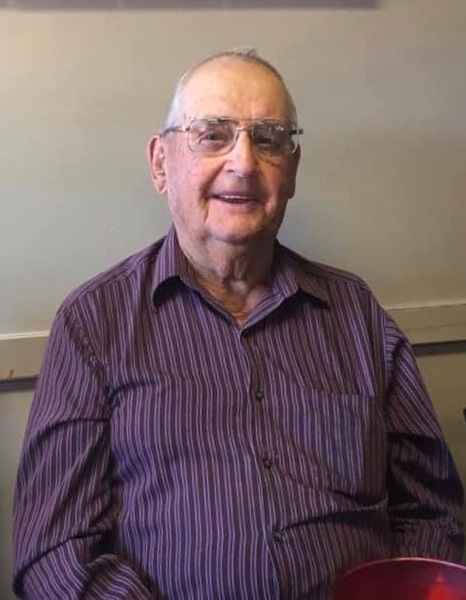