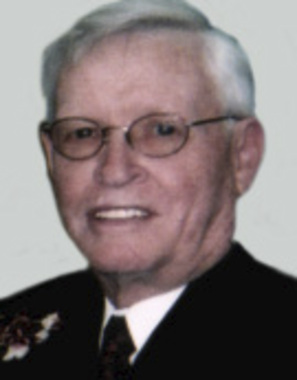 Back to Harold's story

Harold Walker Jones, age 93 of Salem formerly of Kinmundy, passed away on Friday, January 17, 2020 at Lavender Ridge Memory Care in Effingham, Illinois.
Harold was born on April 2, 1926 in Kinmundy, Illinois to Lewis H. and Nell Agnes (Walker) Jones. He married Phyllis (Sullivan) Jones on August 21, 1948.
Survivors include his wife; children, Steve Jones and wife Julie of Kinmundy, Jeanne Laur and husband Steve of Maryville, and Kevin Jones and wife LuAnn of Edwardsville; brothers: Dean Jones of Salem, Don Jones and wife Joan of O'Fallon, Cecil Jones and wife Thelma of Salem, Richard Jones and wife Mary of Alma, and John Jones and wife Nona of Kinmundy; sister-in-law, Janice Jones of Effingham. Grandchildren: Jill Wright and husband J.J.; Derek Laur and wife Maggie; Matthew Laur & wife Carrie; Drew Jones, Dirk Jones, Adam Jones and wife Grace, Whitney Jones; great grandchildren: Branden, Jacie, and Isabella Hosick; Katie, Andrew, Ty, Annabelle, and Grady Laur. Several nieces and nephews.
Harold was preceded in death by his parents, two brothers, Bill Jones and Dwight Jones, and a sister, Helen Cox.
Harold was a Tech Sergeant in the United States Army, serving from June 16, 1944 to May 16, 1946. During this time he fought in WWII, where he was awarded a Purple Heart.
He graduated from Kinmundy High School, and received his bachelors degree from Greenville University. He then attended the University of Illinois and graduated with a Masters and Specialist Degree. He worked as a school teacher and retired as a school administrator.
He. was a member of the Wesley United Methodist Church and the Kinmundy American Legion. He loved music and sang in a gospel quartet.
Funeral services for Harold Jones will be held on Wednesday, January 22nd, 2020 at the Wesley United Methodist Church in rural Kinmundy with Rev. Robert Edwards and Rev. David Kueker officiating. Burial will follow at the Sandy Branch Cemetery in Kinmundy, with military rites by the Salem American Legion. There will be a visitation held from 5-7pm on Tuesday January 21st, at the Crouse Funeral Home in Salem, with an additional visitation from 9:30 until the time of service at the church on Wednesday. Memorial contributions can be made to the Sandy Branch Cemetery or the Wesley United Methodist Church and can be left at the funeral home. Online obituary information can be found at CrouseFH.com.
Published on January 21, 2020
To plant a tree in memory of Harold Jones, please visit Tribute Store.

Plant a tree in memory
of Harold

A place to share condolences and memories.
The guestbook expires on April 19, 2020.