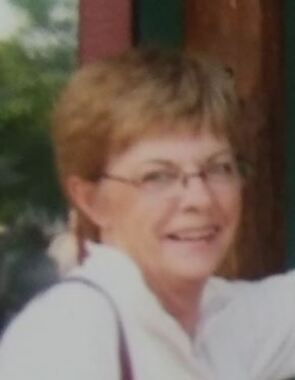 Back to Judith's story

Judy (Wernsing) DeVore of St. Charles, Missouri died on Tuesday, January 21, 2020, at the age of 79, after a long, strong battle with cancer. She was born on August 6, 1940, in Effingham to Clarence and Norma Zehner Wernsing

In 1958, Judy married Larry DeVore of Effingham. Their early years were spent moving where Larry's job took them as he worked as an electrical engineer on the Gemini missions with NASA. They were the parents of two children, Cindy DeVore Grewe and Brian DeVore whom they raised in the St. Louis area while Larry worked at McDonald Douglas. After the children were raised, Judy spent many years as a merchandiser for Rhodes Furniture where she excelled at her job and enjoyed her colleagues. After her retirement she enjoyed working part-time at Target.

Judy enjoyed travel and nature combining trips to all 48 contiguous states and many National and State Parks. She enjoyed cards and games which she played with friends and family. She also thoroughly enjoyed her weekly trips to AmeriStar with her daughter-in-law.

She was diagnosed with cancer in 2011 and had continued to take regular chemo treatments since that time. She faced each new treatment with determination and a positive attitude. The side effects rarely slowed her down and few people were aware of her battles. To everyone who knew her story, she was a warrior, a hero, and an inspiration. In continuing to show that spirit, she has donated her body to science. According to her wishes there will be no services.

She was preceded in death by husband, Larry DeVore; her daughter Cindy Grewe, her brother David Wernsing, her parents Clarence and Norma Wernsing and her mother-in-law, Anna Rentfro.

Memorial donations may be made to The American Cancer Society or Wounded Warriors.

cancer.org (choose give in honor and memorial)
support.woundedwarriorproject.org
Published on January 23, 2020
To send flowers to the family of Judith Lynn DeVore, please visit Tribute Store.

Send flowers
in memory of Judith

A place to share condolences and memories.
The guestbook expires on April 22, 2020.