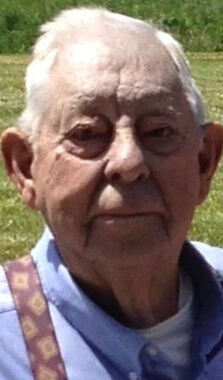 Back to Lewie 'Leon''s story

Lewie "Leon" Lorton, 96, of Cowden, Illinois passed away on Thursday, March 19th in Phoenix, Arizona at Serenity Hospice & Palliative Care.
Leon was born on October 4th, 1923, the son of Lewie and Hattie (Beck) Lorton in rural Cowden, Bowling Green Township in Fayette County.
Leon was baptized into Christ in his mid-20's and loved nothing more than to share his love of the Lord and extend his knowledge of the scriptures to anyone he had the opportunity to speak with. His positive attitude and outlook were illuminated by his faith in God and belief in the goodness of all mankind. He never met a stranger and impressed everyone with his sharp mind and eternal optimism.
Leon farmed and raised livestock for many years while also working at Caterpillar Tractor Company in Decatur, IL. In 1979, at the age of 56, he opened his lumberyard, Lorton Supply in rural Cowden. He continued actively in his business until age 94.
He married Opal Willhoite of Austin, Texas on April 1st, 1949. She preceded him in death. Leon married Vivian Matthews of Coolidge, Arizona in 1990. He resided in Arizona during the winters until his death.
Leon is survived by his wife Vivian, sons: Neil (Wendy) and Del (Candy) of Cowden, IL and Hugh of Ramsey, IL and stepson Bill Matthews of Coolidge, Arizona, daughter-in-law Kathy Lorton of Dothan, AL and sisters-in-law Betty and Frances Lorton of Cowden, IL and Helen Willhoite of Austin, TX. He has seven grandchildren and twenty great grandchildren.
He was preceded in death by his first wife Opal and infant daughter Janet, son Lyle, daughter Amanda, parents Lewie and Hattie Lorton, brothers Ennis, Otis, Raymond and sister Lorene.
Per Leon's wishes a private family graveside service and internment will be held at Lorton Cemetery in rural Cowden. Memorials may be sent to Lorton Cemetery, 305 W. Poplar St., Beecher City, IL 62414.
Published on March 23, 2020
To plant a tree in memory of Lewie 'Leon' Lorton, please visit Tribute Store.

Plant a tree in memory
of Lewie 'Leon'

Jane kuehl
Wendy and Hugh was so sorry to hear this Leon was a very nice person sure like his blackberry pie.
Mike Dolin
Have very special memories of Leon and all the wonderful people of the Cowden, IL church. Led my first song there.
Doris Dolin
Remembering Leon from our many Gospel Meetings at Cowden
View all 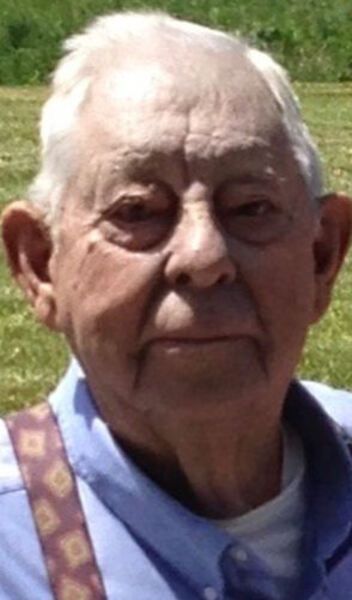