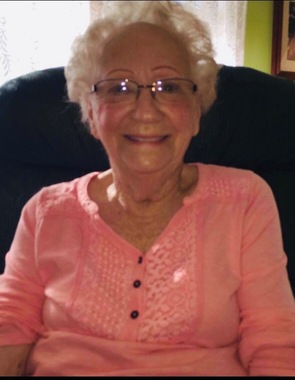 Back to Lola's story

Lola Mae Neely, 89 years old, of Altamont, formerly of Decatur, IL, passed away Sunday February 17, 2019 at St. Johns Hospital, Springfield, Illinois, due to a fall at her home. Lola left this life surrounded by a loving family and friends. Lola's visitation will be Friday February 22, 2019 at the Kull Funeral Chapel in Altamont beginning at 8:00 am until 10:00 am. Funeral services will be then be held after the visitation with Sister Maira Barry of St. John's Hospital officiating the service. Burial will be held at the Valhalla Memorial Park Cemetery later in the afternoon at about 1:00 pm in Godfrey, Illinois, by her Husband, Parents, and great Grandparents.
Lola was born in Alton, Illinois one of three siblings in the family of Wilber and Beulah Johnson-Thompson on March 11, 1929. She was married to Harold Joseph Neely on February 9, 1954. Harold preceded her in death on May 17, 1998.Lola and Harold moved from Decatur to Altamont in 1976 and opened the Fireplace Center. Lola worked alongside of her husband, being the clerk of the business. After Harold's death she returned to Decatur for a number of years and returned to Altamont to closer to her family. In her later years she assisted her daughter in Deb's Catering business. Lola was a loving mother, grandmother, and great-grandmother. She was always a part of the most important part of her life, her family. She is survived by her son: Charles "Bob" (wife, Suellen) Taylor and their three children Angie (husband, Jamie) Davis, Janice and Jamie Taylor all of Decatur. 3 daughters: Debbie (husband, Alvin) Schultz of Altamont, and their 3 children: Steve (wife, Holly), Kevin (wife, Carrie) and Tiffany (husband, Luke) Wasson. Brenda (husband, Tom) Wilson of Decatur andtheir children Corey (wife, Kelly) Wilson, Jennifer Tolle, Tammy and Angie Wilson. Julie (husband, Bob) Smellers of Statesboro, Georgia and her four children Adara Jenne, Amber (husband, Derek) Hankins, Ashley (husband, Ryan) Tieffel and Amanda (husband, Derek) Mason. They say when you die if you have two friends that truly love you, you die wealthy. Our mother was wealthy because she had those two very special friends Noreen Suggs and Sandy Donspot.
14 Grandchildren, 28 Great Grandchildren, 8 Step-Grandchildren and 1-Great Great Granddaughter.
She was preceded in death by her parents, husband, Sister Izola Lee Shepard of Bethalto, IL and one infant Sister Janice Neely.
Memorials may be made to CEFS for the Meals on Wheels program
Published on February 21, 2019
To plant a tree in memory of Lola Mae Neely, please visit Tribute Store.

Plant a tree in memory
of Lola

A place to share condolences and memories.
The guestbook expires on May 21, 2019. 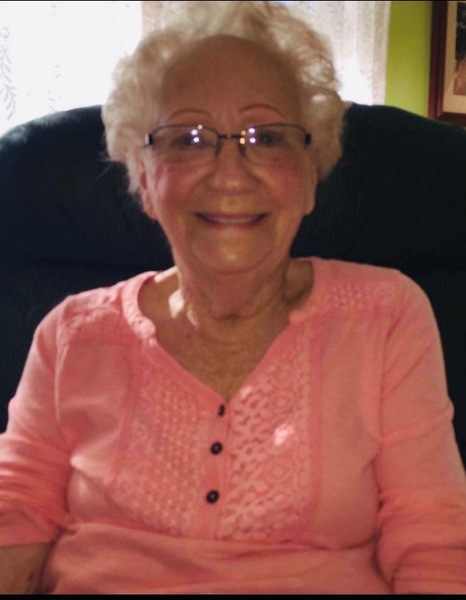