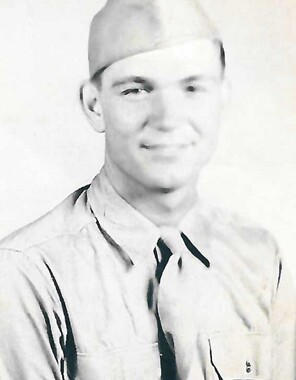 Back to Ray's story

Ray Harvey Reynolds, Sr, age 93 of Newton, Illinois, passed away at 7:00 AM - Thursday, January 23, 2020, at his home.
Funeral services celebrating Ray's life will be held at 10:30 AM - Monday, January 27, 2020, at the Meyer Funeral Home in Newton, Illinois, with Rick Britton officiating. Burial will be at the Chapel Cemetery in Falmouth, Illinois, with full military rights by the Jasper Post #20 American Legion. Visitation will be held from 4:00-6:00 PM - Sunday, January 26, 2020, at the funeral home. The obituary can be viewed and condolences left at www.meyerfh.com.
Ray was born on April 7, 1926, in Jasper County, Illinois, the son of Harv William and Martha Mary (Fillinger) Reynolds. He married Betty Lou Shipman on December 4, 1951, and she preceded him in death on January 21, 2001.
Ray served his country in the United States Army in the 4th Armed Division, 771st tank battalion attached to the 15th armored group, from 1944 until 1946. He landed on Omaha beach 9 October 1944 and was in the battle of the Ardennes as well as being a provost marshal during the occupation.
Ray was a garment factory worker for many years, working at Ainsbrouck Factory and ER Moore Cap and Gown Factory. He also worked on the pole barn crew at Jesse B. Holt, as well as working in the Box and Basket Factory.
Ray graduated from Newton Community High School in 1944. He was a member of the Falmouth Church of Christ and Palestine American Legion. Ray loved fishing, hunting, and carpentry work.
Ray is survived by:
Son - Ray Reynolds, Jr. of Newton, Illinois
Daughter - Ramona (Lloyd) Holliday of Newton, Illinois
Grandchildren - James Reynolds, Jason Reynolds, Monica Reynolds, Ethan Reynolds, Gracie Reynolds, Lori (Rick) Wolford and Lisa Holliday
Great Grandchildren - Curtis Reynolds and Jenna Reynolds
Sister - Maude Bunton of Newton, Illinois
Several nieces, nephews, great nieces and great nephews also survive.
Ray was preceded in death by his parents, wife, brothers Bob, Calvin, and Roy Reynolds, and sisters Ellen Stanciu and Laura Jones.
Published on January 24, 2020
To plant a tree in memory of Ray Harvey Reynolds, Sr., please visit Tribute Store.

Plant a tree in memory
of Ray

A place to share condolences and memories.
The guestbook expires on April 23, 2020. 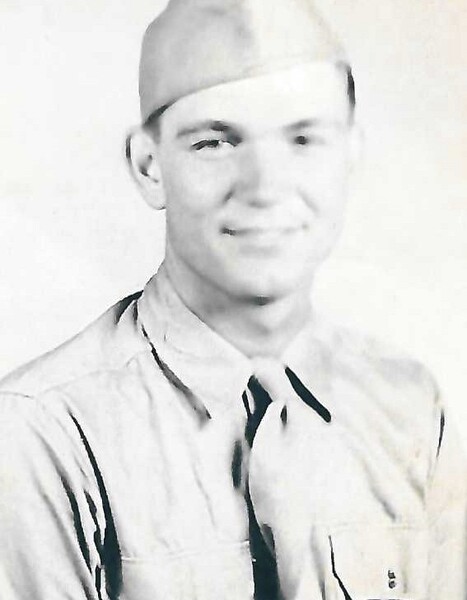