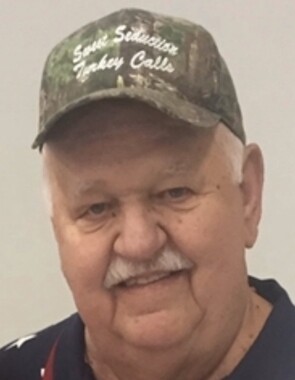 Back to Robert's story

Robert (Bob) Louis Kremer, 73, of Teutopolis, died of a sudden heart attack while on his way home from his hunting cabin on Saturday evening, March 14, 2020.
Born February 15, 1947, in Effingham, he was the seventh child of Herman and Della (Luchtefeld) Kremer.  In what was to become a family of ten children, Bob grew up learning the importance of hard work, love and commitment of family, and a strong faith in God, all values which he later passed on to his own children.
Bob was a graduate of Newton High School and Lakeland College.  He began working at Siemer Milling Company in Teutopolis, and then for Siemer Distributors where he was Executive Vice President for a total of 30 years. In 1995, Bob retired from Siemer's and started his own business known as PB Marketing Co.
Bob met the love of his life Barbara Ann Worman, on a weekend evening at the Wabash Café in Effingham.  They married a few years later one beautiful fall morning on September 14, 1968, in St. Aloysius Catholic Church, Bishop Creek. They began their married life in Effingham but soon decided to build a home in the countryside south of Teutopolis.  This is where Bob and Barb lived in great contentment for close to a half century, raising their children and welcoming their grandchildren.
Bob loved nature and the outdoors and was an avid fisherman and hunter. He enjoyed fishing the farm ponds with his brothers, as much as he enjoyed his fishing trips with friends to the lakes in Manitoba, Canada. He especially liked Wild Turkey hunting. As a member of the National Wild Turkey Federation, he made lifelong friends across the country.  Bob took pride in having had successful Wild Turkey hunts in 8 states. He particularly enjoyed being active in the Annual Youth Turkey Hunt, inspiring many young hunters in the love of the sport and in the necessity of learning safe hunting practices. Bob so loved the sport that he developed his own line of turkey calls, Sweet Seduction Calls, and marketed them throughout the country. He authored "The Wild Turkey Hunter's Companion Guide" for beginner turkey hunters.
In his own community as well as beyond, Bob never met a stranger. He valued the simple pleasure of a conversation over a cup of coffee, particularly as part of the early morning coffee group at The Kountry Kitchen in Teutopolis, where he arrived early each morning to get the coffee brewing and to get a seat at the coveted Round Table.
Spending time with family and friends was one of Bob's greatest pleasures. He was very proud of his children and he especially loved going to see his grandchildren's sporting events and enjoyed fishing with them. His face lit up with joy whenever talking about each of them.
Bob is survived by his wife, Barbara (Worman) Kremer; his children, Bobby Kremer of Teutopolis and Jenny (Russ) Niebrugge of Springfield; grandchildren Cameron Kremer and Kaleb Bannick of Teutopolis, Adeline Niebrugge and Leo Niebrugge of Springfield.  In addition, he is survived by six siblings, Larry (Louise) Kremer of Foley, AL, Patricia Sheehan of Mattoon, Mary (Dick) Althoff of Green Creek, Alice Zumbahlen of Dieterich, Mike (Karla) Kremer of Effingham, Dan (Karen) Kremer of Teutopolis and sister-in-law Rosie Kremer of Teutopolis, brothers-in-law Paul Sheehan of Mattoon and Graham Buhler of Dieterich.   Bob was preceded in death by his parents, brother Harold Kremer, sisters Barbara Sheehan and Donna Buhler, brothers-in-law Tony Sheehan and Bob Zumbahlen.
He was a proud veteran of the U.S. Army and a member of the St. Joseph's Men's Sodality, the American Legion, and the Knights of Columbus.
Due to the coronavirus, a memorial mass and celebration of life service will be held at a future date.  Online condolences may be expressed at www.bauerfh.com.
Published on March 17, 2020
To plant a tree in memory of Robert L. Kremer, please visit Tribute Store.

Plant a tree in memory
of Robert

A place to share condolences and memories.
The guestbook expires on June 15, 2020.

Gary "IKE" Eichelberger Mackinaw Vally Gobblers
I was shocked to hear of Bob's passing. My condolences and prayers to the Kremer Family. I met Bob through the NWTF. I enjoyed talking turkeys with Bob and have several of his "Sweet Seduction" calls. RIP Bob, may heaven be filled with the sweet sound of a gobbling turkey.
Donna Smith
Barb you and your family are in my thoughts and prayers. Hugs
Donna Smith

Barb you and your family are in my thoughts and prayers. Hugs

Written in the Stars was purchased for the family of Robert L. Kremer.  Send flowers

Delbert and Madonna Bell
we have many cherished and fun times of many years ago especially at the Labor Day weekends in DuQuion fair all those campers and card games. The Kremer family is in my thoughts and prayers.
inez overbeck and larry
PRAYERS for the family sorry for loss
He will be missed
Jo Budde
Barb, so sorry for your loss. Keeping you and your family in my prayers.
Larry and LOuise Kremer
We have nice memories from the Kremer Christmas party 2019. many laughs and fun times. Thank you Bobby, Jenny, Michael and Renee.
View all 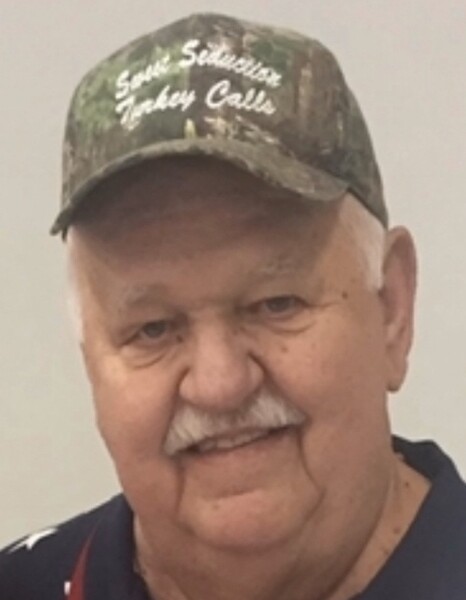