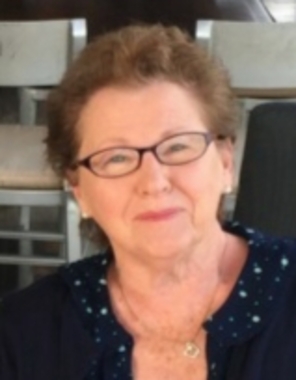 Back to Victoria's story

Victoria L. Price, 78, of Shumway passed peacefully on Tuesday, December 10, 2019 in her home. She was born May 2, 1941 in Pana, daughter of the late Edgar & Albertine (Renaud) Bedar. Victoria married Harold Weakly and he preceded her in death in 1968. She then married Darwin Niehart and they later divorced. She married Gordon Price on July 8, 1989 in Pana and he preceded her in death on May 5, 2013.
Victoria's family was the most important part of her life. She lived the majority of her life in the Pana area. She owned & operated Vicky Price Realty and enjoyed traveling & spending time with her friends.
Victoria is survived by her children: Bradley (Colette) Weakly, Highland, IL; Laura (Dave) Paruleski, Shumway, IL; Marvin (Lynn) Weakly, Elsberry, MO; and Don (Breanne) Niehart, Effingham, IL; 11 grandchildren; 6 great grandchildren and brother, Lewis Bedar, Wichita Falls, TX. In addition to her parents & husbands, she was preceded in death by her siblings: Moise Bedar & George Bedar.
Funeral services will be held on Saturday, December 14, 2019 in McCracken-Dean Funeral Home at 2:00 p.m. Burial will be in Price Cemetery, Oconee. Visitation will be held on Saturday from 12:00 p.m. until service time in the funeral home.
Memorials in Victoria's honor may be made to Fear Nothing Cancer Support, P.O. Box 453, Effingham, IL 62401 and will be accepted by McCracken-Dean Funeral Home who is assisting the family.
www.mdfh.com
Published on December 13, 2019
To plant a tree in memory of Victoria L. Price, please visit Tribute Store.

Plant a tree in memory
of Victoria

A place to share condolences and memories.
The guestbook expires on March 11, 2020.